The Department of Industrial and Mechanical Engineering is glad to invite you for a race-session with Mister F1, Nadim Mehanna, who will talk about his career and give general information on the design of Formula One cars.

Nadim Mehanna graduated as an automotive engineer from Europe’s most prestigious universities and training centers, and then as TV and film director from Hollywood. In parallel, and after a long racing career and driving schools including Formula One (F1) driving, he started the first motoring show in the Middle East, “Motorshow,” in 1992. In the same year, Mehanna introduced F1 to the Middle East, through special weekly episodes, commentating the Grand Prix from the circuits and studio, till he became known as Mister F1. He also helped in many ways in the development of F1 in the Middle East as a journalist, consultant, test-driver and most importantly as the most powerful and popular motoring celebrity in this part of the world. 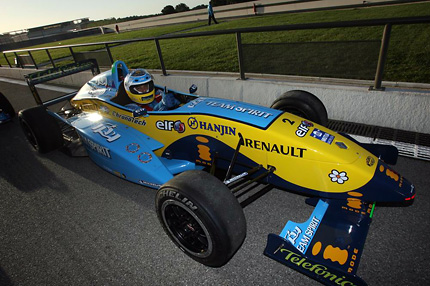