Based on: Edward Albee’s play “Occupant”

Translated to Arabic by: Lina Khoury

“Al Shaghila”
“Al Shaghila” is based on Edward Albee’s play “Occupant”: an interview and indelible portrait of the American sculptor Louise Nevelson.
The play is framed as an interview with the deceased artist. She appears cantankerously alive, however, to articulate her philosophy on life, death, work, love, marriage, art, sexuality, depression, finding her specialness and becoming herself.
The artist’s public accomplishments and private emotional conflicts are thoroughly examined by an unnamed interviewer who questions the flamboyant artist with an unabashed scrutiny.
“Al Shaghila” is a tribute to all artists who came from an under-priviledged environment and created greatness in their artistic sector. 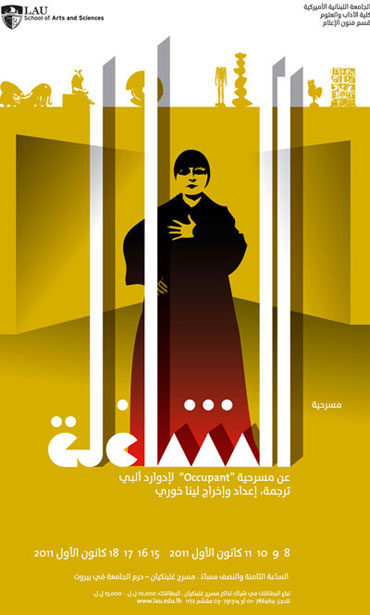