The Institute of Islamic Art and Architecture at the School of Architecture and Design is organizing a lecture entitled “Exploring the Margins” conducted by Mr. Sahil al-Hiyari. 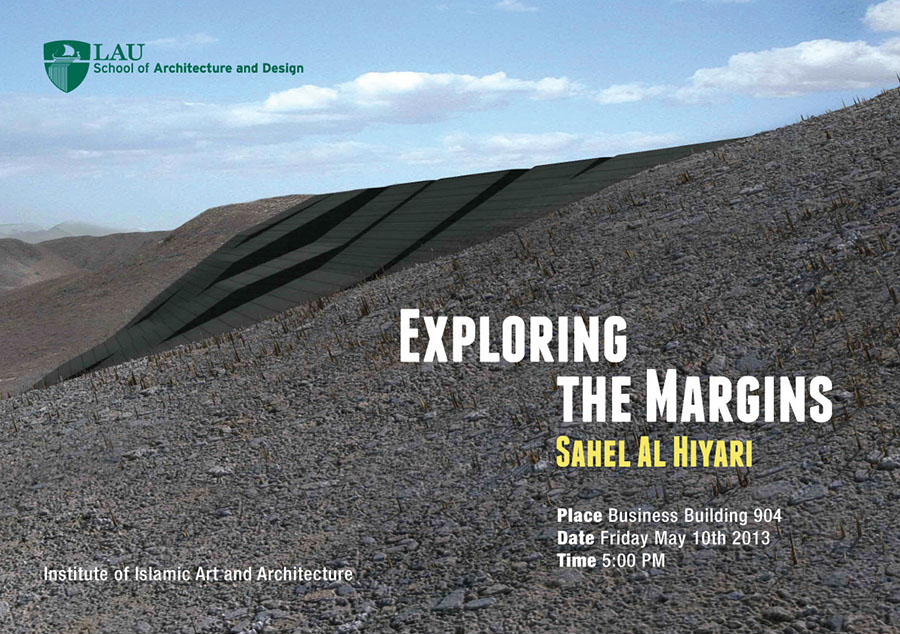