LAU’s New York Academic Center is organizing “Arabs in the Media,” a series of events in collaboration with the American University of Beirut, between April 7 and May 4. The project aims to dispel stereotypes and promote cross-cultural understanding through exhibitions, lectures, film showings, and poetry readings reflecting the Arab-American experiences.

The program for Wednesday April 8 is as follows:

Dr. Shaheen is a recipient of the Ellis Island Medal of Honor (2013); the Honor pays homage to those individuals who have distinguished themselves in the cultural mosaic of America. He has given over 1,000 lectures in nearly all the 50 states and three continents. Among those universities that have welcomed him are Oxford, Amherst, Emory, Harvard, the University of Southern California, West Point, as well as the Carnegie Endowment for International Peace and the White House Truman Center. Among the world capitals where he has spoken are London, Berlin, Paris, Prague, New Delhi, and Cairo. He has consulted with the United Nations, the Los Angeles Commission on Human Relations, the Justice Department’s Civil Rights Division, and New York City’s Commission on Civil Rights.

Shaheen’s telling new book, A is for Arab: Archiving Stereotypes in U.S. Popular Culture, features photographs of objects and materials from the Jack G. Shaheen Archive at NYU that feature anti-Arab and anti-Muslim depictions. His other books are: Nuclear War Films, The TV Arab, Arab and Muslim Stereotyping in American Popular Culture, Reel Bad Arabs: How Hollywood Vilifies a People, and GUILTY: Hollywood’s Verdict on Arabs after 9/11. His writings include 300-plus essays in publications such as Newsweek, The Wall Street Journal and The Washington Post. He has also written dozens of chapters on stereotypes in college textbooks.

Dr. Shaheen holds degrees from the Carnegie Institute of Technology, Pennsylvania State University, and the University of Missouri. He has appeared on national network programs such as CNN, MSNBC, National Public Radio, Nightline, Good Morning America, 48 Hours, and The Today Show. He has worked with writer-director Steve Gaghan on Syriana (2005) and producer Chuck Roven on Three Kings (1999).

Among Dr. Shaheen’s awards recognizing his “outstanding contribution towards a better understanding of our global community” are: The University of Pennsylvania’s Janet Lee Stevens Award; the American Arab Anti-Discrimination Committee’s Lifetime Achievement Award in recognition of “his lifelong commitment to bring a better understanding towards peace for all mankind;” and the Pancho Be Award for “the advancement of humanity.” 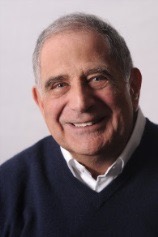