As part of its speaking series, the Institute for Women’s Studies in the Arab World (IWSAW) is organizing an informal discussion about gender titled “Gender: What?! Why?! and Who Cares?!”

The discussion will be led by IWSAW’s new director Lina Abirafeh. 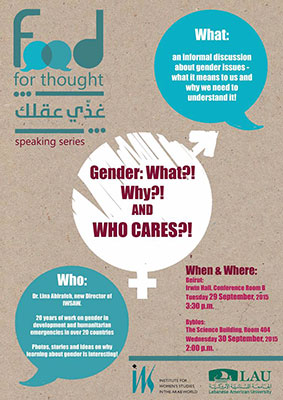